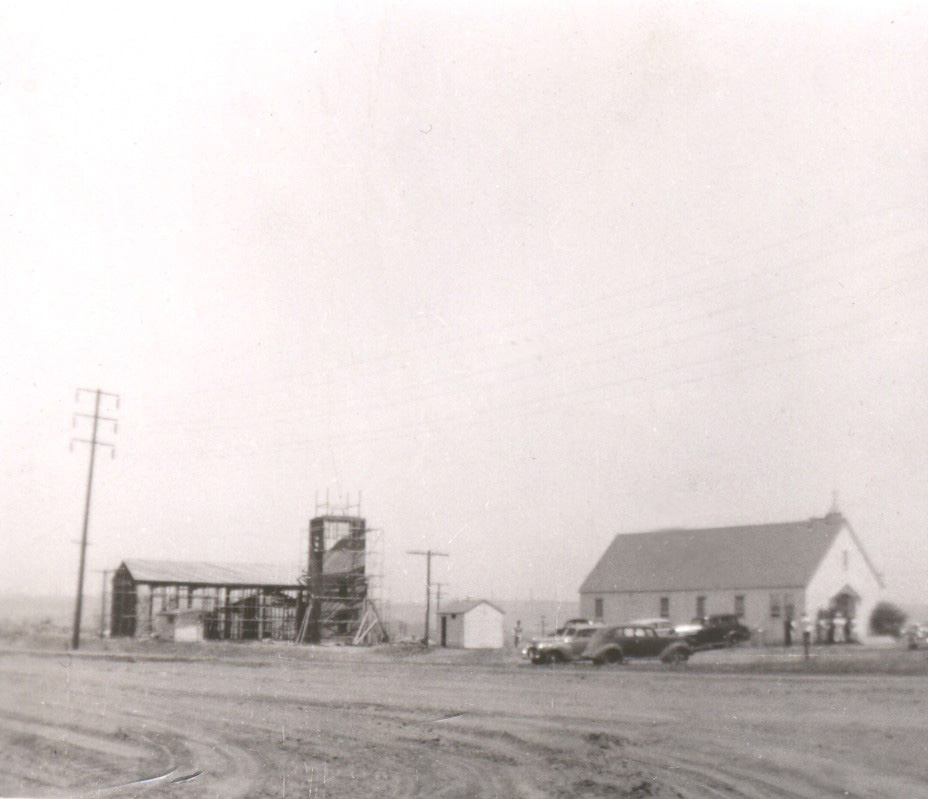 It was 1943 wartime with strict rationing, drafting for military service and civilian  mobilization for defense.  There was a vast influx of people into California where a major part of  war work was centered.

South of Manchester and east of Sepulveda, surrounded by acres of bean fields, a tract of new homes called Marlow Burns- Westchester sprang up.  North of Manchester were a few homes in an area designated as Westport.  There were no schools and no churches.  This was Westchester in early 1943!

Realizing unlimited possibilities, the faith of a few Christian people was put into action.  The Arthur Malm family, contacted during a survey, offered their home and garage for worship services.  Our Savior’s Lutheran Church, located in downtown Los Angeles, loaned its associated pastor K.G. Egerston and it’s Sunday School teachers who came to Westchester on Saturdays to teach.

The first church group in Westchester was soon to become a reality.  Westchester Lutheran Church! On January 23, 1944, the congregation was organized with a voting membership of twelve.   These members set about at once to become incorporated and final papers were in effect by March 21, 1944.

Early in 1944, four and one half acres of land on Sepulveda Boulevard were purchased. There were some who felt that this location was too far out in the country.

On Sunday, March 11, 1945, the doors of the “Little Chapel on the Hill” swung open to welcome worshippers for the first time.  One hundred fifty attended the service and an offering of $152 was received.

The Dedication Service was held on April 22, 1945 with Dr. H.L. Foss and Dr. Phillip Dybvig as guest speakers. By 1947 we had outgrown the “Little Chapel” and Mr. John Fleming was engaged to draw plans for a new church. With a loan from the Home Mission Board, the first unit of the contemplated permanent church was constructed. Dedication services were held on October 19, 1947.

In August 1948, Pastor Egertson announced that he had accepted a call to Portland, Oregon.  At an October reception, Westchester Lutheran bade farewell

to its first pastor. Pastor Stanley R, Olson and family were welcomed to our congregation in the summer of 1949.  Plans for the construction of school rooms and the opening of a Christian Day School soon began to materialize.  With Miss Laura Kruse as teacher and ten pupils in attendance, the Day School opened on schedule in September 1950. The following year there were two teachers with 40 pupils enrolled.

By 1953 additional educational units were needed and fund-raising brought pledges to make this need a reality.  The school continues as a Mission arm of the church today.  It ministers to and educates the children entrusted to us each day.

In 2008 with the guidance of Pastor Masted, new classrooms and a new office were built to replace the older rooms. The new rooms have been a blessing to our students and administrative office.